During Great British Writers Week, children worked on a short section of “A Midsummer Night’s Dream” by William Shakespeare. Children understood this would be challenging from start to finish but were guided through the play script.They showed a great understanding of characters’ feelings, actions and performed the ending part of the play.  Although most of them were unfamiliar with Shakespeare and didn’t understand the language fully, their enthusiasm and love of acting was enough to carry them through the tale. 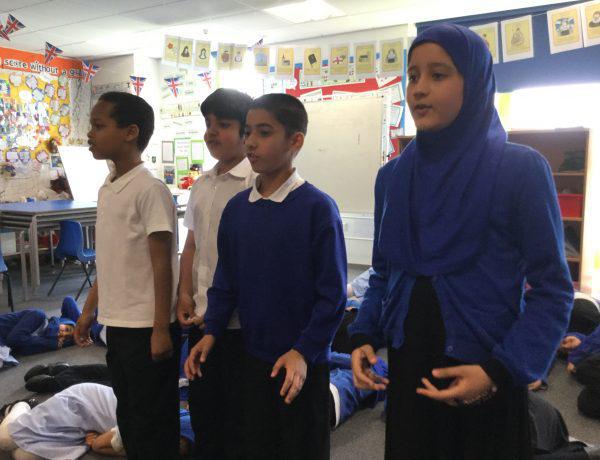 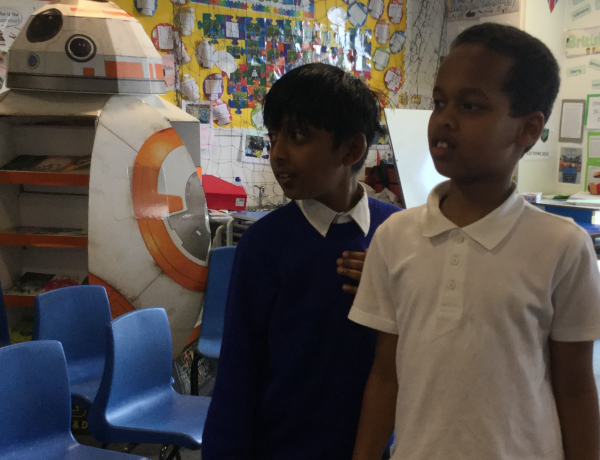 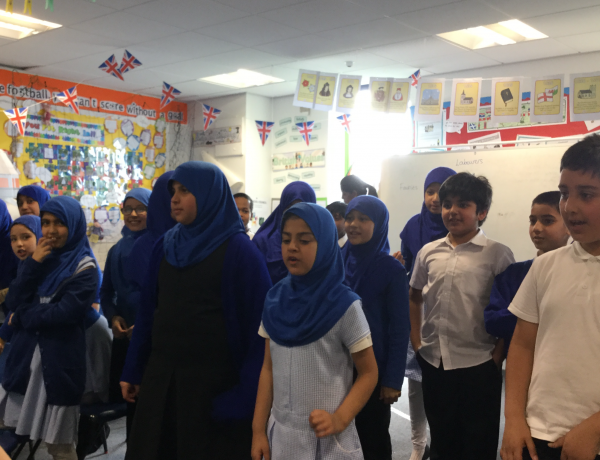 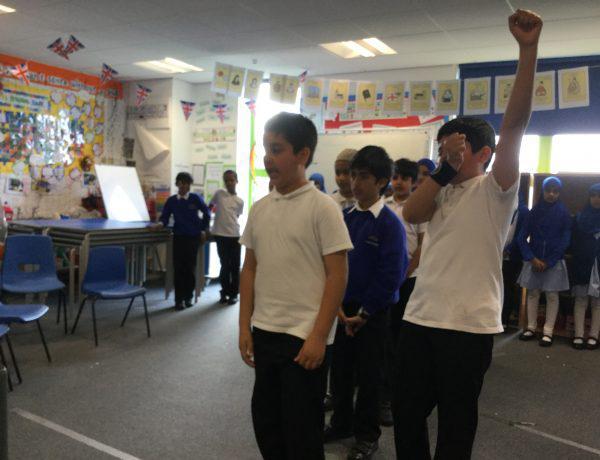 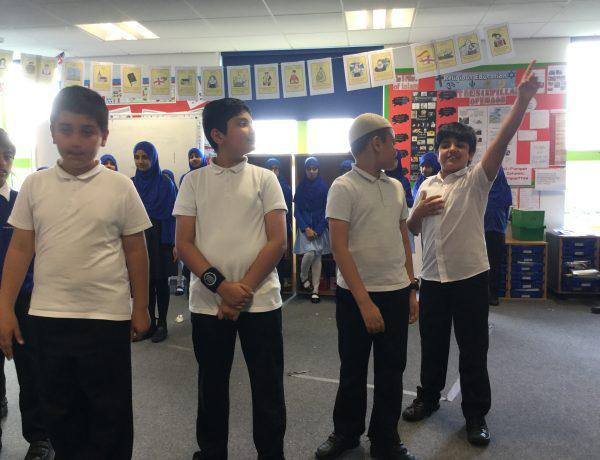 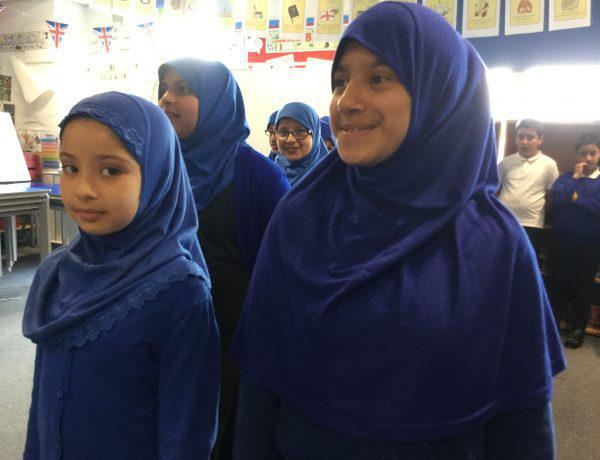 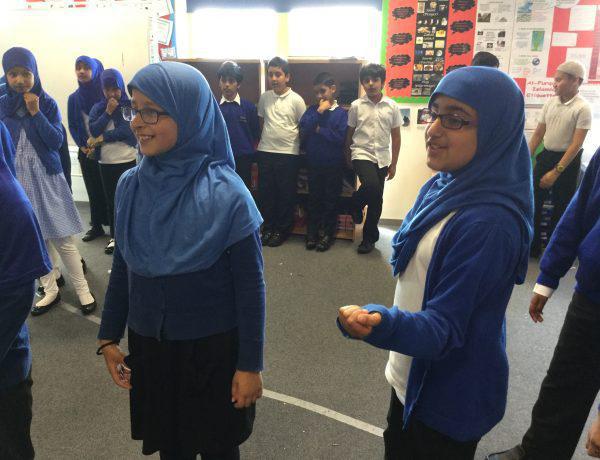 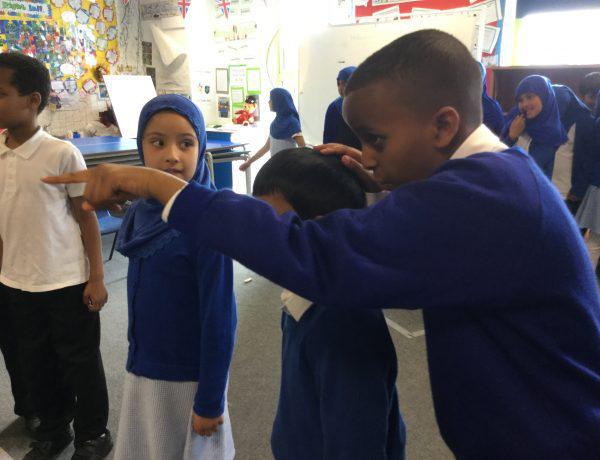 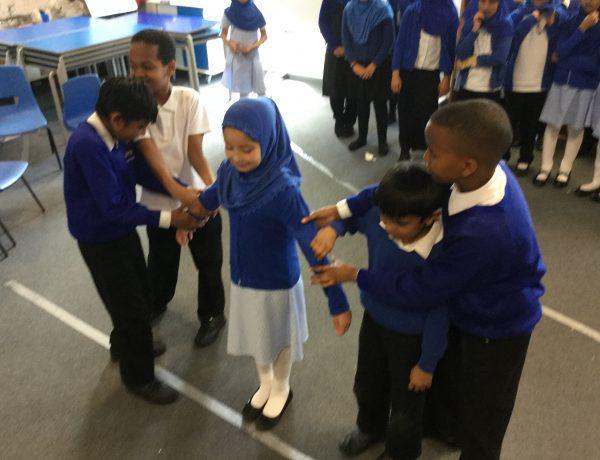 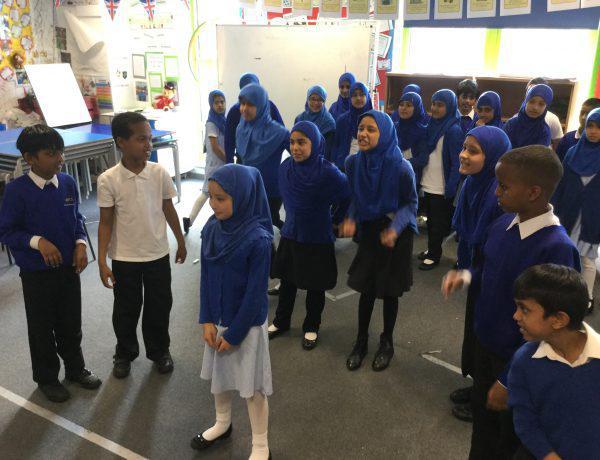 this activity was really fun we all build up our confidence acting out the play now. we experienced how
it feels to act out and especially read shakespeare language

It was very exciting doing Shakespeare we built up our confidence and learnt how to read his language thanks to Alex.The thing i like most about Shakespeare is acting out.

This lesson we had was very fun and a bit scary because when 5L came in to watch us ,I felt a bit shy and then I got the hang of it. There was a lady named Alexandra who told us how to act like real actors which helped me how to act.

It was a good experience doing the shakespeare play. It was fun and very exciting. We done lots of acting.

I actually thought it was going to be really boring but u pourahmadi proved me wrong. My friend loves Shakespeare. The language was sooooo different from 21st century language thy and thee
When alexander came every one took part in a midsummer nights dream. DEMETRIUS!!!
THANK YOU ustada dede and farzana

It was a so fun studying Shakespeare’s plays.I hope that we cold DO drama again

It was such a good experience acting about a midsummer nights dream. Thanks to Alexandra I have learned how to act professionally and I hope to do it again

This was one of my best activites,did you ever act as a Shakespearean actor?well…I did,that too with the class kids.it wasn’t that challenging,but very fun.

This was great fun!! I experienced how it was like to be in Shakespearean times… I loved acting the part Alex chose for me. I look forward to reading and acting more Shakespearean plays.

I really enjoyed great british writers week, because, I acted out as King Oberon, one of my favourite characters!