On Monday 11th July, year 5 children had the opportunity to further enhance their learning by taking part in an animal encounter workshop led by ” Animal Man“.This exciting animal-handling workshop helped pupils learn about animals in a safe, controlled environment. The session was fully interactive and every child was able to touch or hold the animals. This close-up experience helped children to build their confidence, as well as made the day truly memorable! Ask your child, if he/ she could be an insect for the day, what kind would he/she be? Why? Where would he/she live? How safe would he/she be from predators? 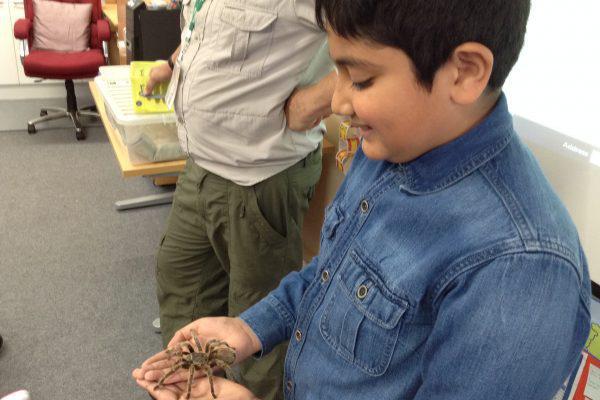 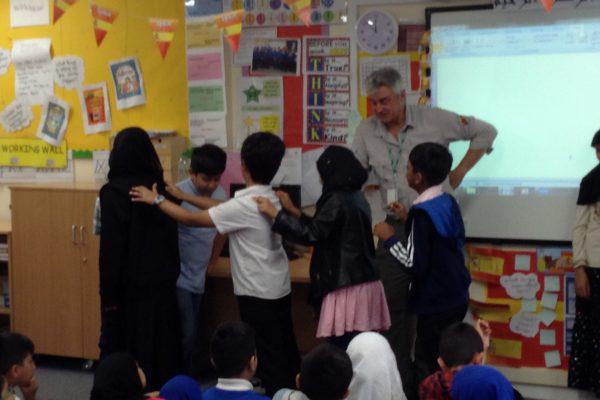 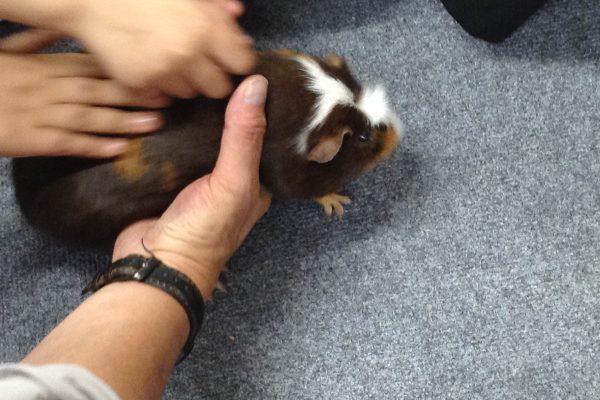 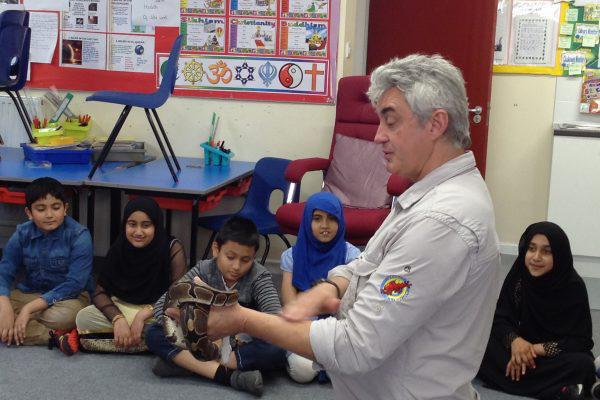 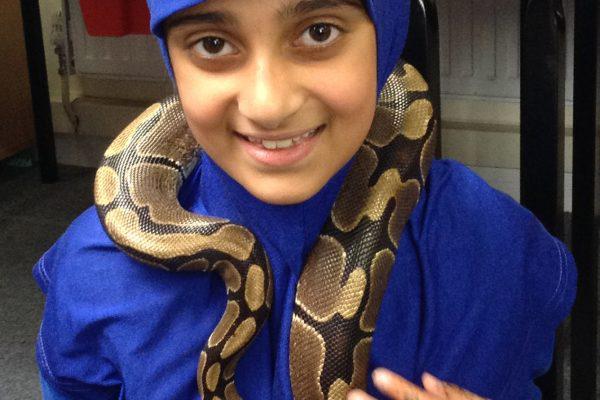 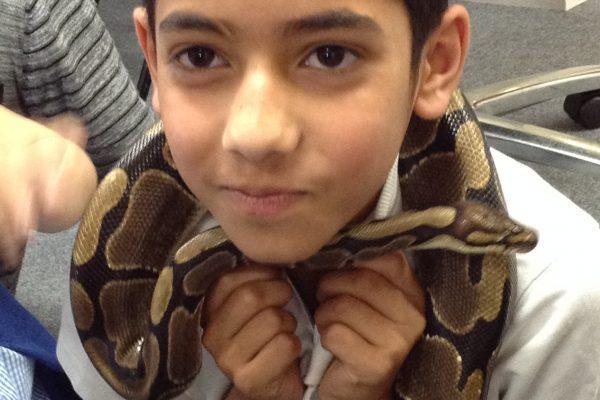 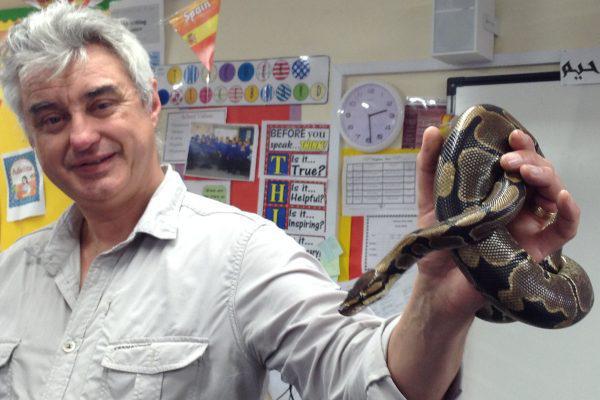 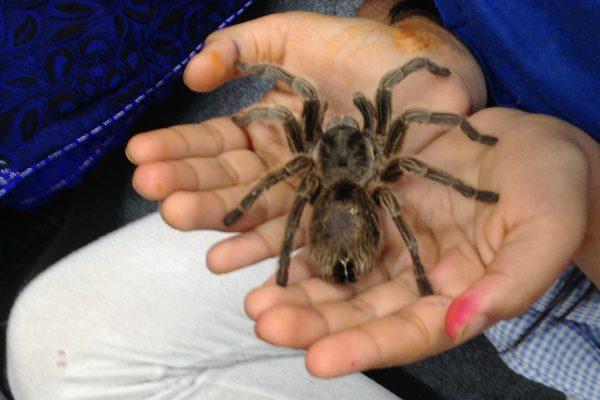 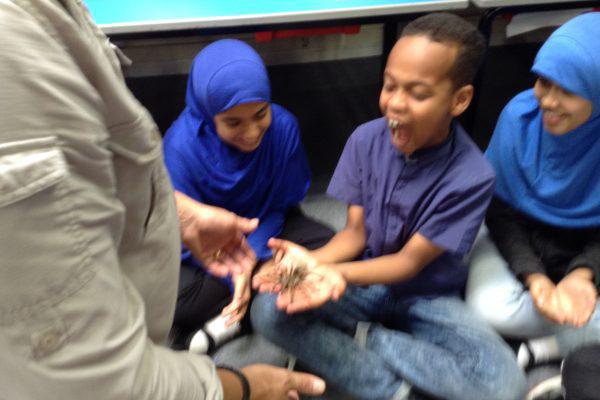 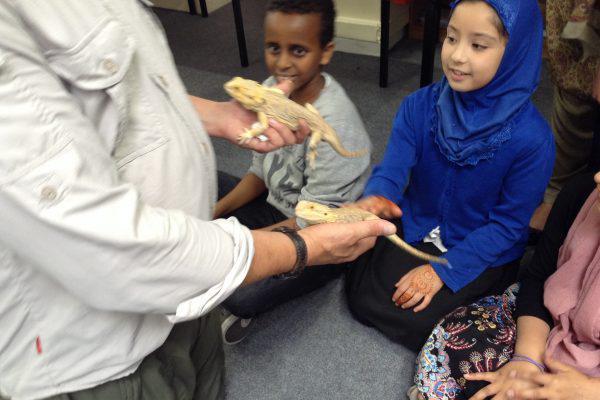 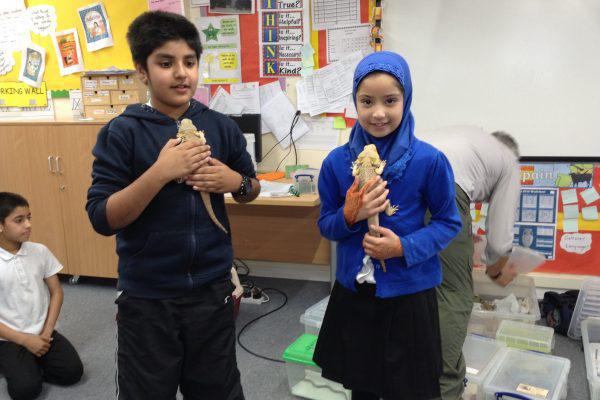 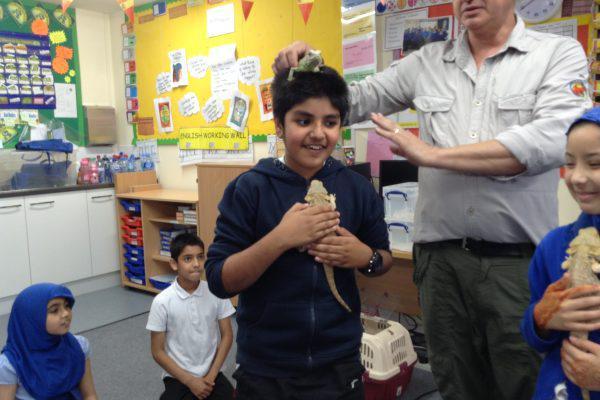 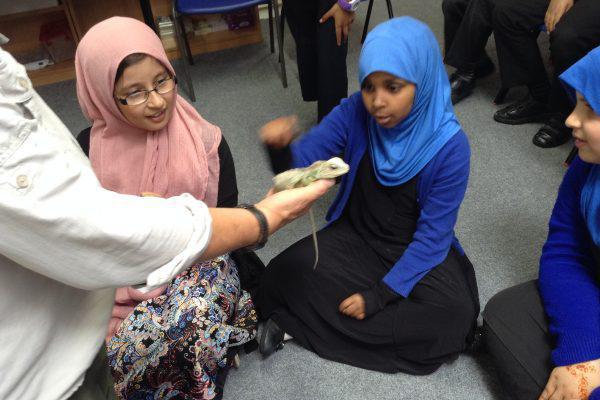 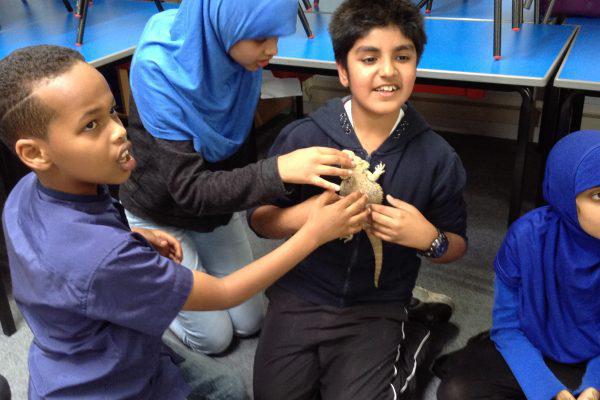 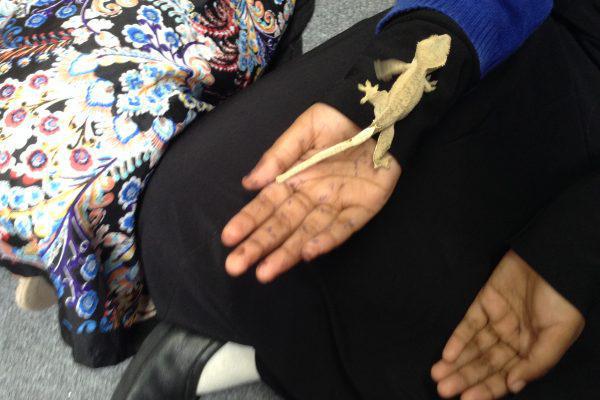 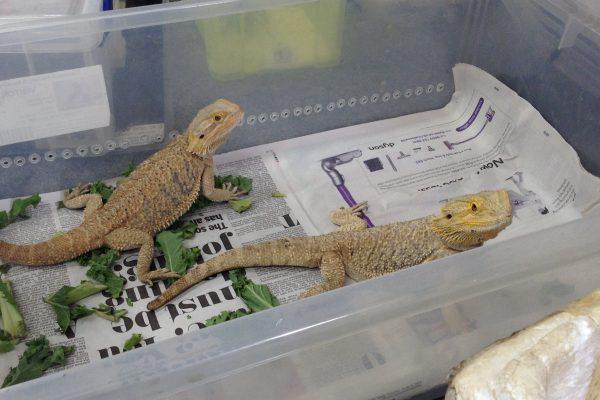 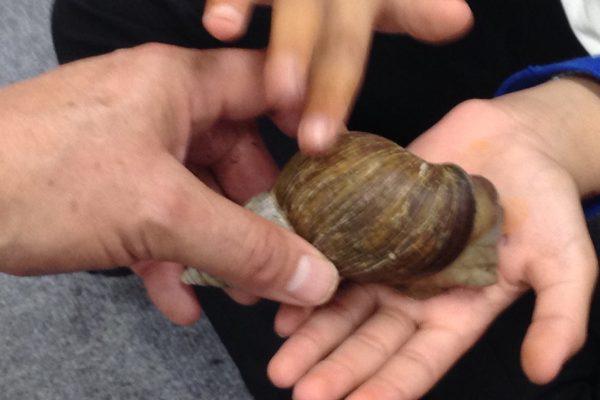 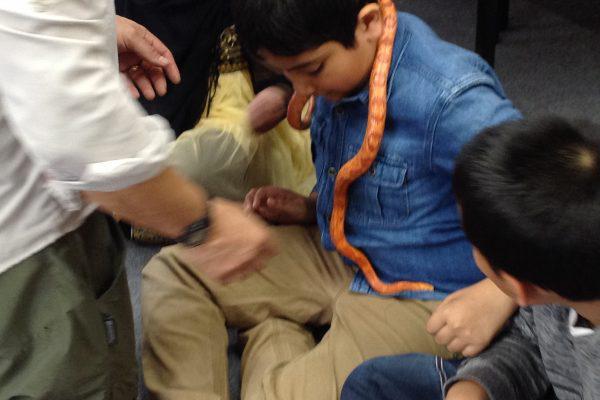 I really enjoyed the animal man visit, because it taught me so much about animal. This also helped me overcome my fear of spiders. If I could be an animal I would be a snake because I would have had a beautiful pattern on my body, and would slither all around the WORLD! I would live on the ground hiding in the grass, away from my predators and would be quite safe.

Hi ustada dede I’m soon in your class and I am very scared to hold a snake or even touch It.its incredible how people hold it